The Festival de Magie de Québec, in collaboration with lg2, made quite a splash during the last Federal election. Five days before the general vote, a magician climbed onto an Astral billboard in Québec City and inserted his predictions in a mysterious envelope stuck on advertising face.

During election night, when the results were unveiled, the magician returned to the billboard to reveal the contents of his envelope. In addition to predicting the name of the next Prime Minister, he unveiled the right number in the percentage of votes cast.

Another creative stunt signed Astral, LG2 and the Festival of Magic in the National Capital. 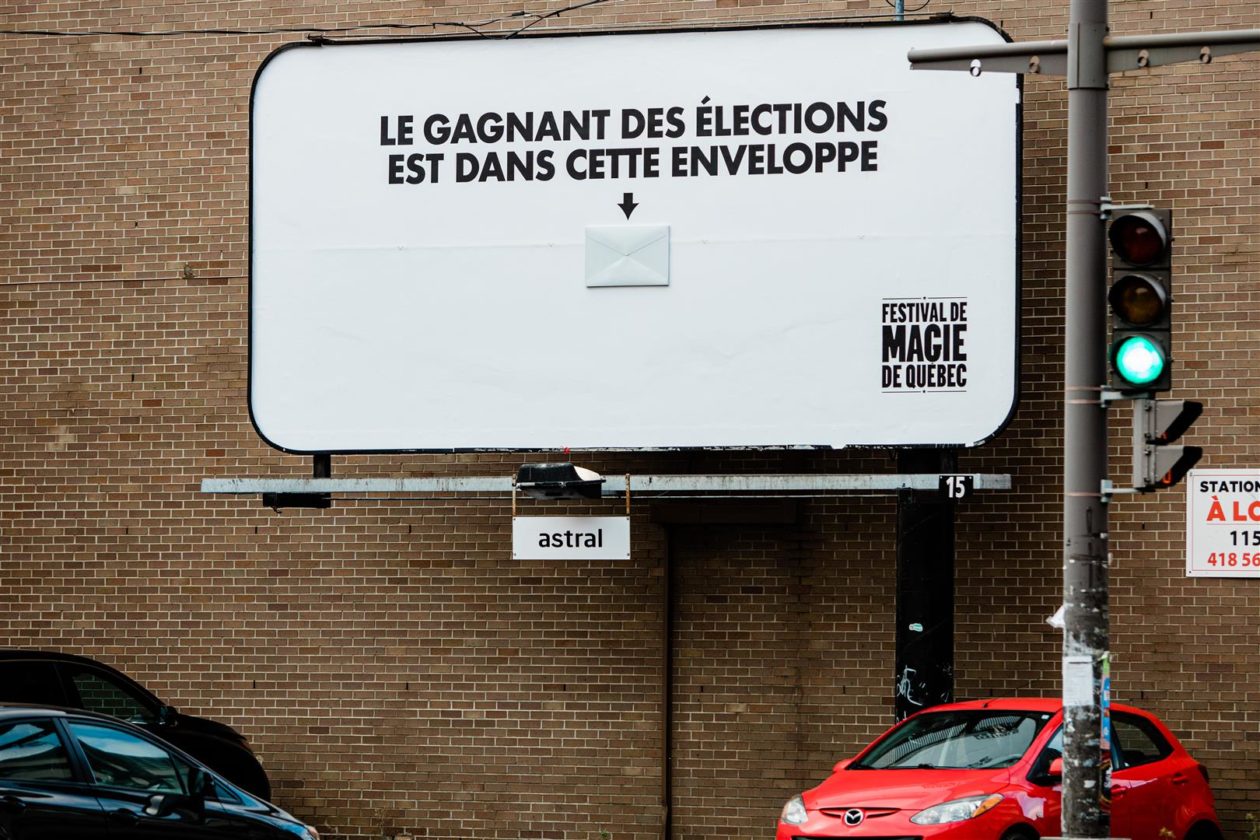