To promote its brand-new show called “VOLTA”, Cirque du Soleil teamed with up Astral Out of Home to take over the McGill metro station and a few Montreal subway cars. The concept behind “VOLTA” is to immerse spectators in a fascinating story about freedom of choice and the uncontrollable power of destiny. The Montreal metro seemed like the perfect venue to give commuters a preview of Cirque’s latest thrill ride.

“VOLTA” is playing in the Old Port of Montreal until July 23. 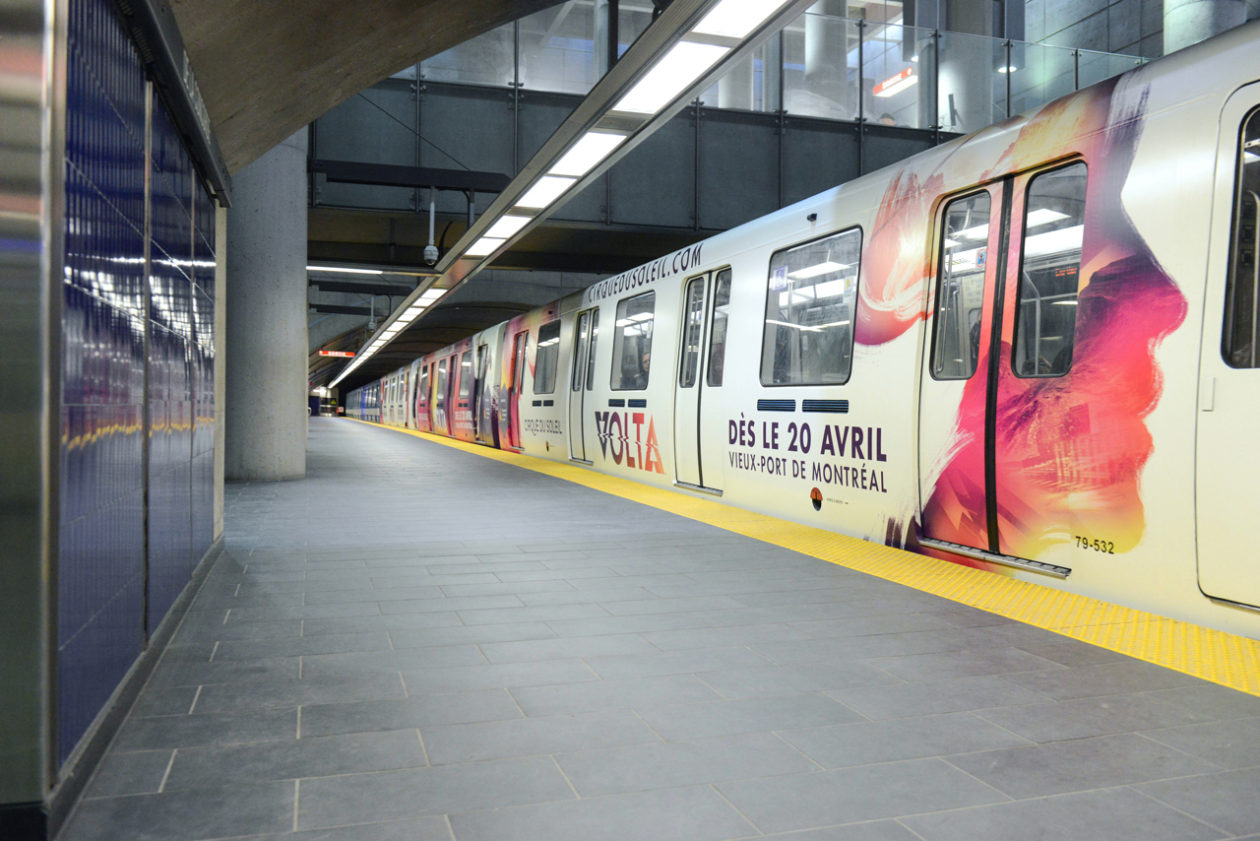