Sépaq (Société des établissements de plein air du Québec) wanted to take advantage of the summer’s tourist influx to attract people to Québec City’s Aquarium, which hosts more than 10,000 marine animals on 16 hectares. lg2 and Astral’s Special Projects Team came up with the idea of bringing a sensory experience to the users of the RTC (Réseau de transport de la Capitale) to encourage public transit users to visit the Aquarium.

Bus shelters in Québec City were transformed into a jellyfish aquarium! Ambient lighting with UV LEDs – a black-light type of lighting commonly used in aquariums of this type of marine animal – was installed in the bus shelters, giving users the impression of literally being immersed in an aquarium with these phosphorescent and hypnotic creatures!

Just by taking a look at the pictures, we can see that this simple execution is really spectacular… especially at night! 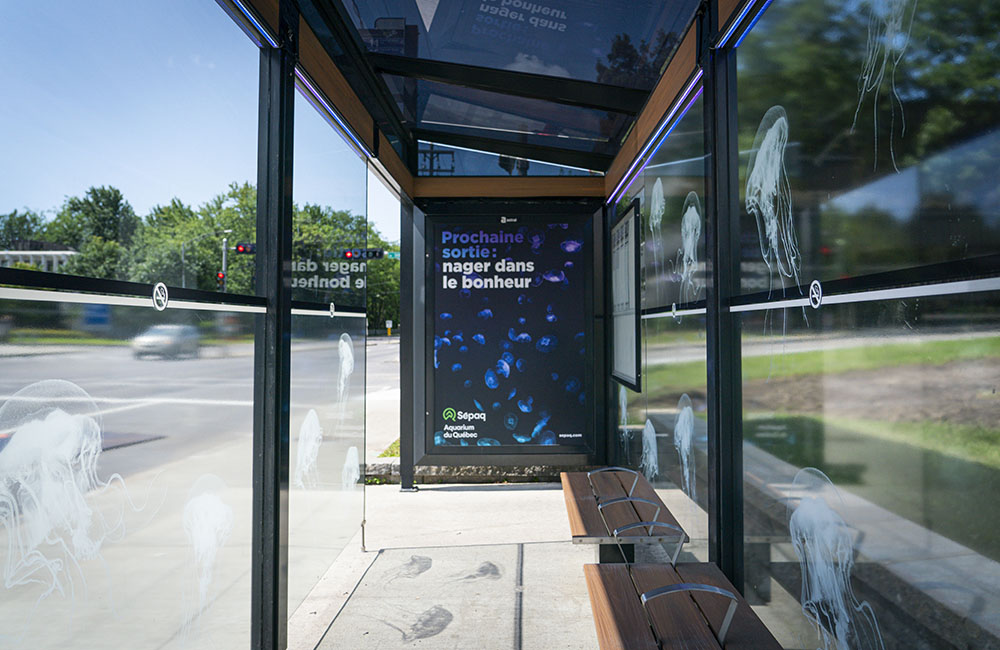 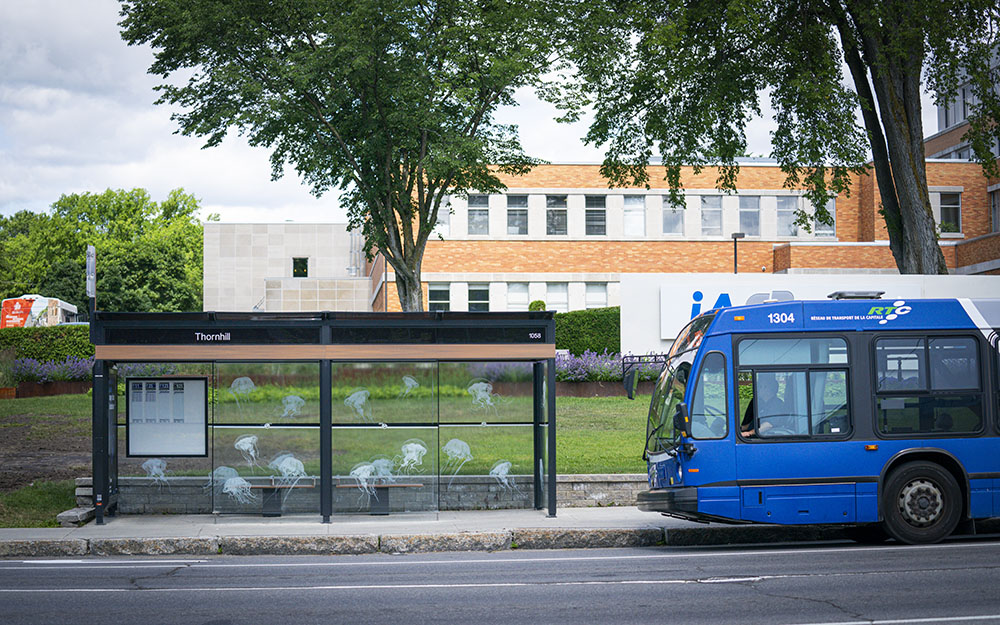 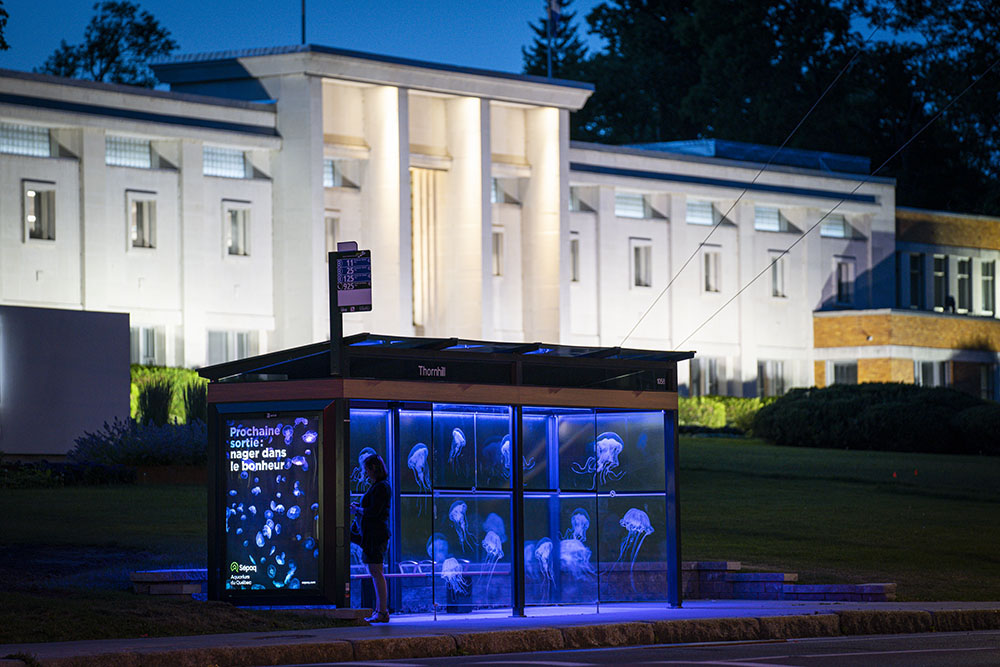 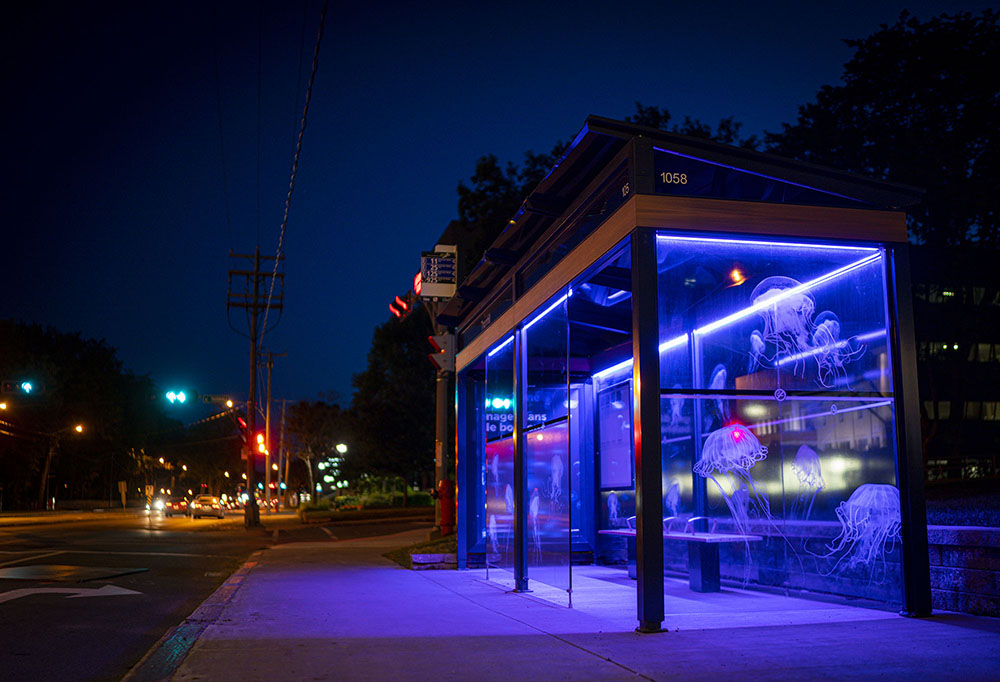 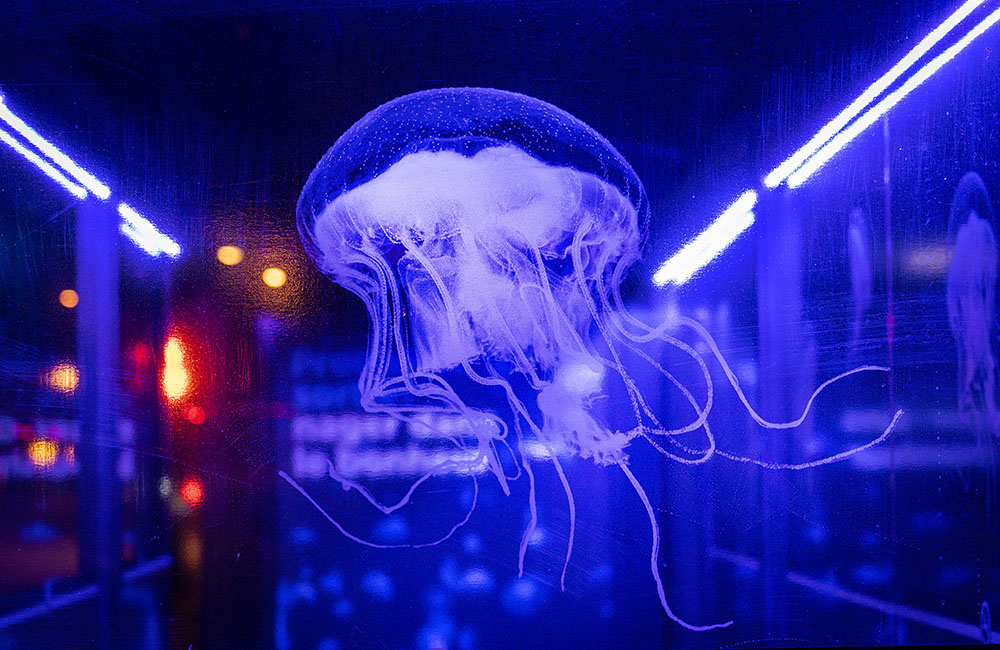 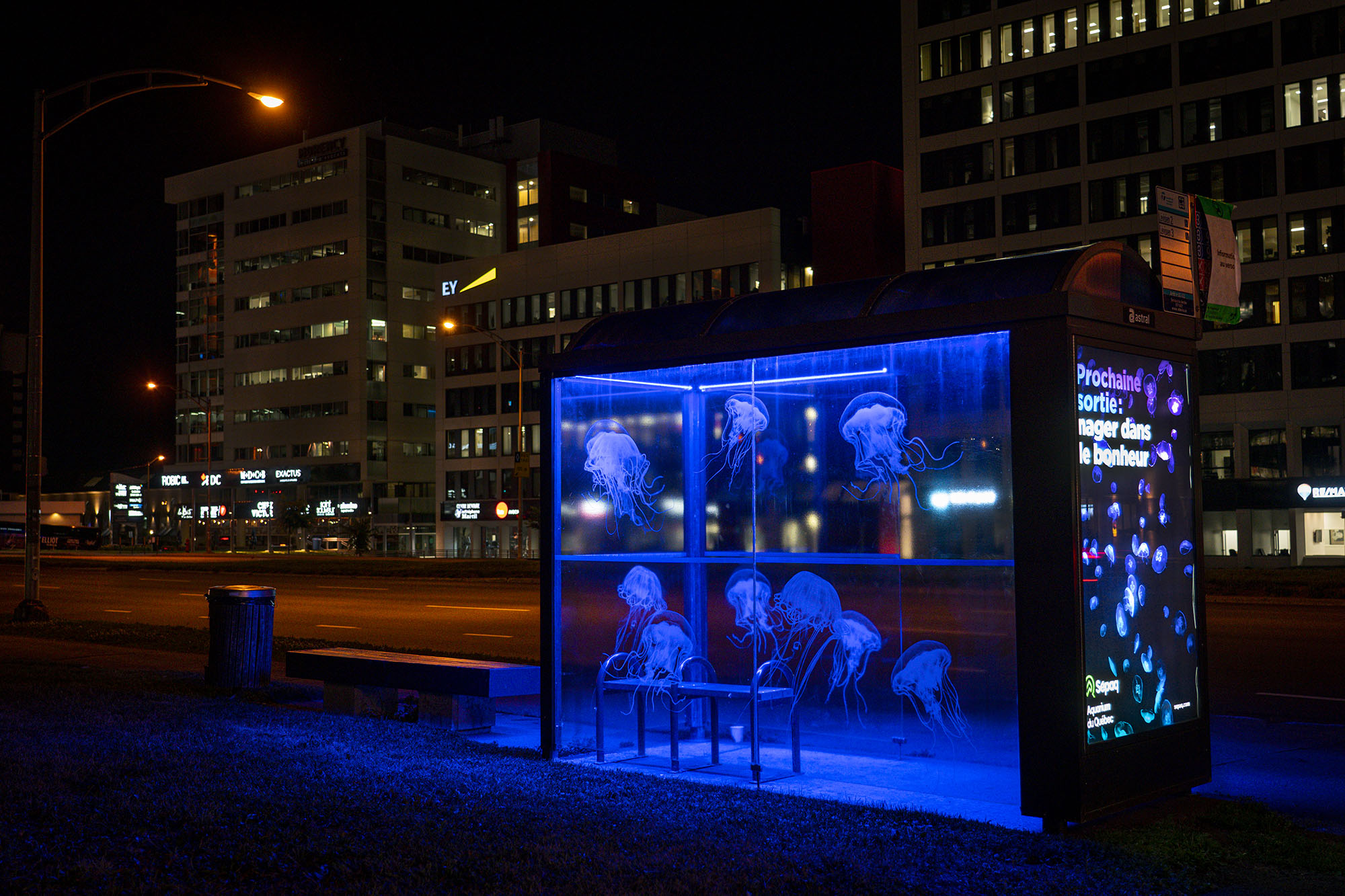