Every summer, Montreal is host to a massive yoga gathering. Danone wanted to make the most of this event, which promotes a healthy body and mind, to promote the various Activia products and their benefits. Along with Wavemaker and Carl, Astral’s Special Project team developed a digital and dynamic out-of-home campaign Berri-UQAM’s new digital network. Thus, when a new metro car arrived at the station, a message would be displayed on the screens and various visuals of the campaign would appear. Other videos were also projected in the station while users wait for the next metro. To tie everything to the yoga theme, the floor in front of all four screens in the station was covered with fake green yoga mats, the dominant colour of the Activia brand. 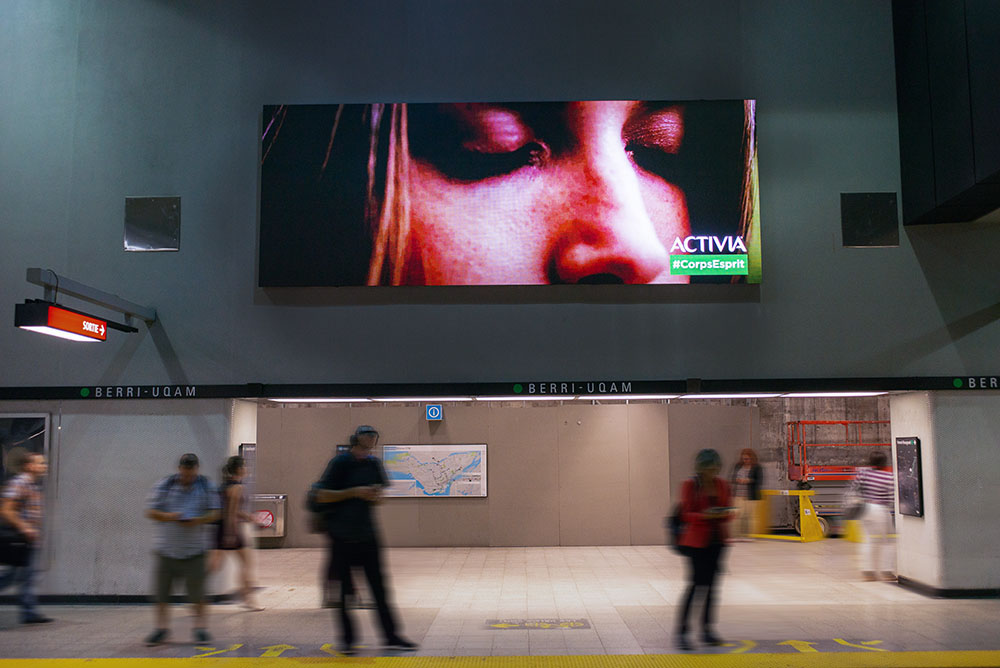 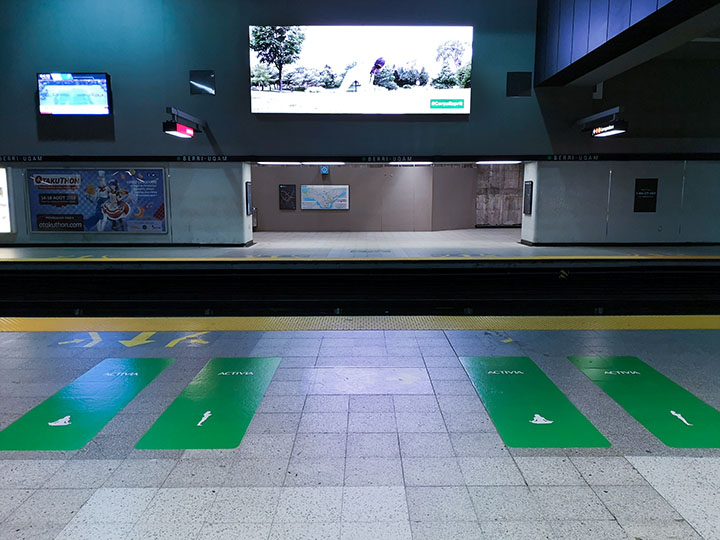 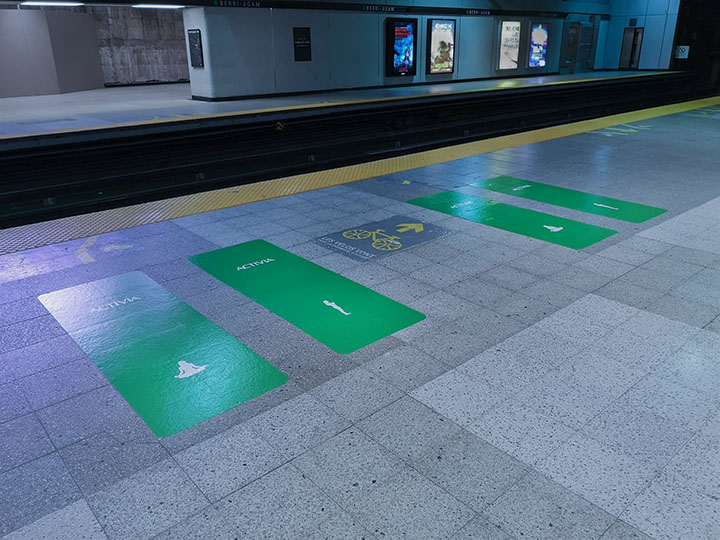