Having to compete more and more with high-performance cameras on smartphones, Fujifilm decided to stand out – where its competitors cannot – to achieve superior image quality using a zoom.

In 2017, a concept for Fujifilm won the 2nd prize in Astral’s Carte Blanche For Creatives contest in the Toronto market. Two years later, the idea finally came to life! A camera with a Fujifilm X Series lens was installed in a waterproof case on an Astral large-format digital billboard overlooking the Gardiner Expressway. The camera’s real-time photos gave the drivers a clear view of what they could not see, the traffic in front of them.

Coupled with traffic data, the message and photo captured on the superboard were updated in real time in Fujifilm’s pre-established visual using an online application. 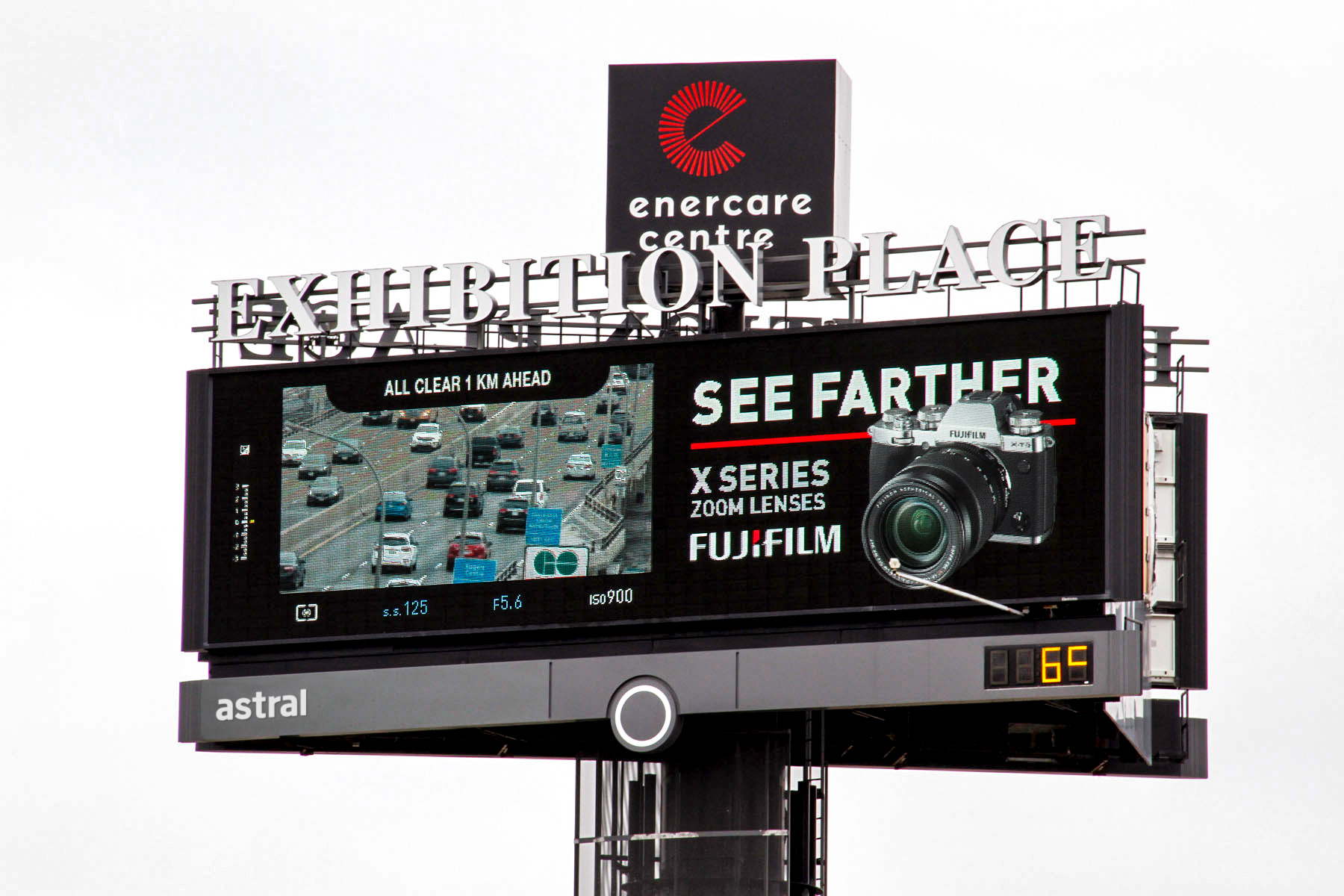 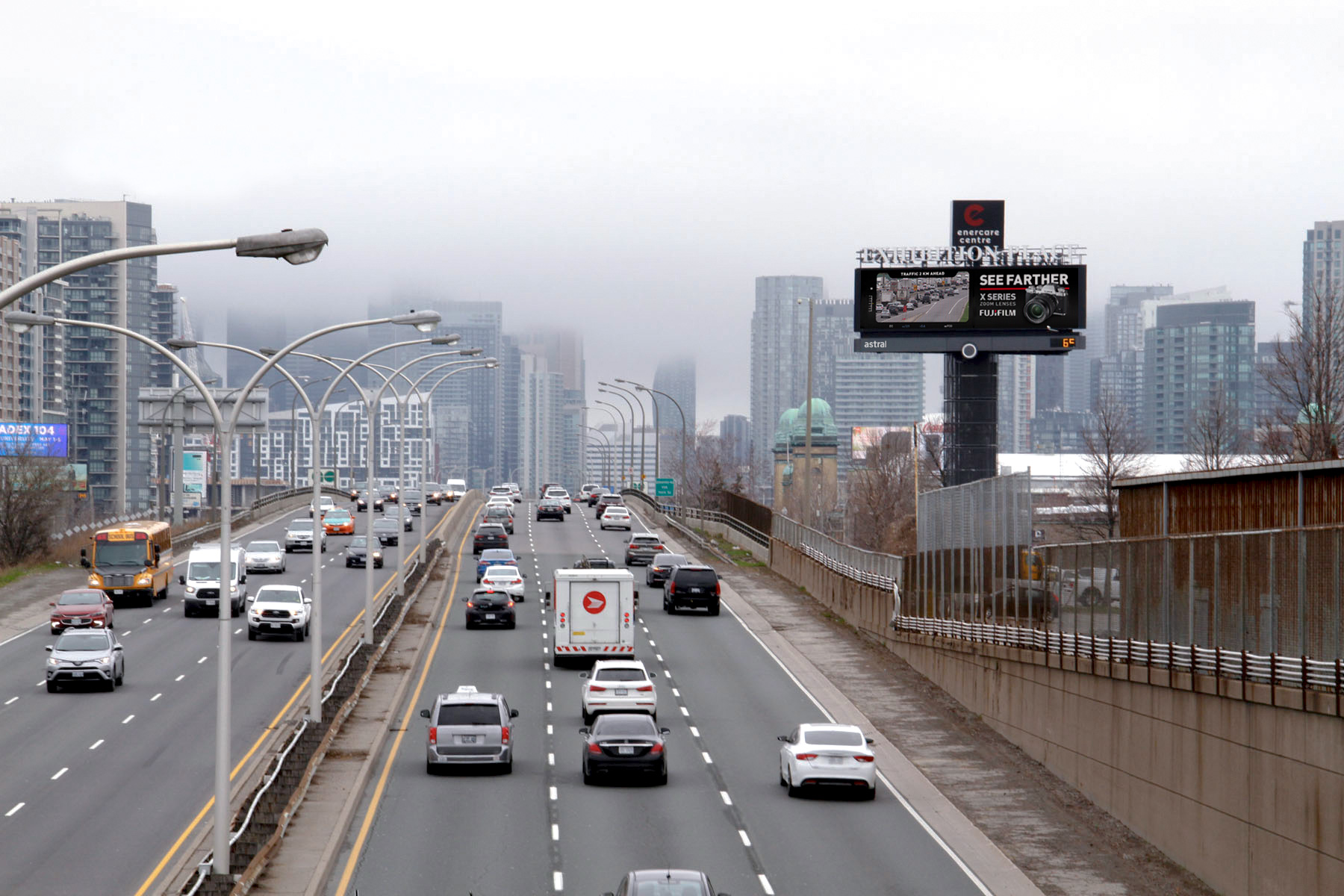