McDonald’s, through its Media Agency, OMD, made use of Astral Out of Home’s Momentum service to boost its campaign, McJoueur. McDonald’s wanted to intensify the debate that is raging in the Greater Montreal area: who, between Brendan Gallagher and Alex Galchenyuk, created the best McDonald’s burger? Each of the Montreal Canadiens created their own signature burgers, and put theirs to the test. Consumers could buy both burgers and then vote on their favourite. For maximum impact, large format digital boards in the Greater Montreal area were specifically chosen for this campaign. The digital outdoor campaign showed the real-time popularity of the burgers as they were purchased in McDonald’s restaurants.

Momentum, Astral Out of Home’s new service, brings life to digital ad campaigns by including dynamic content and allowing updates on campaigns in real-time. 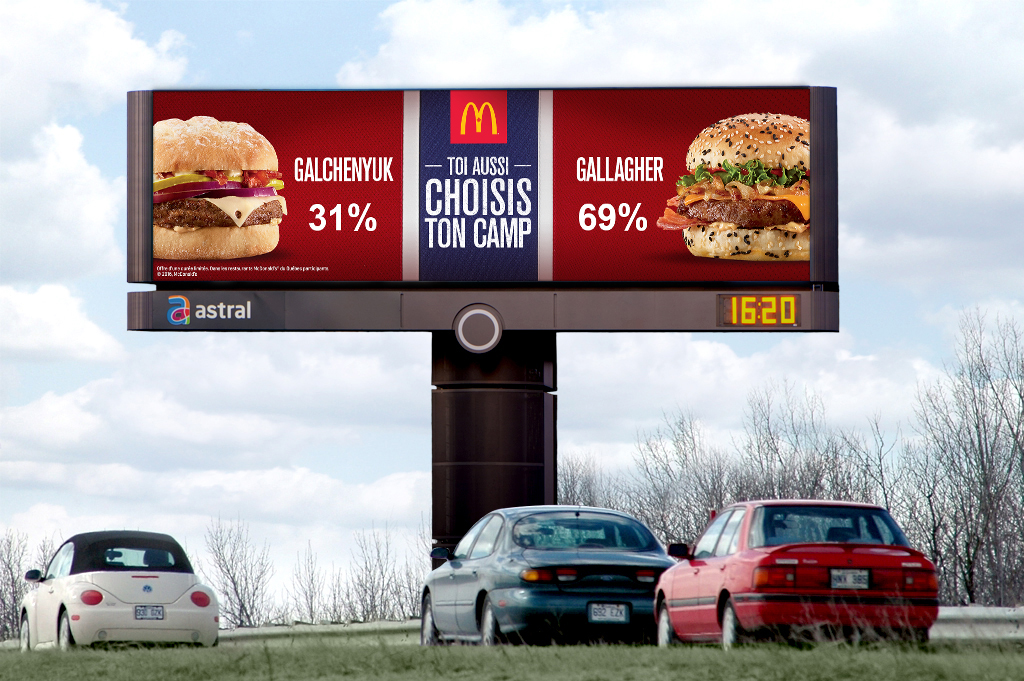